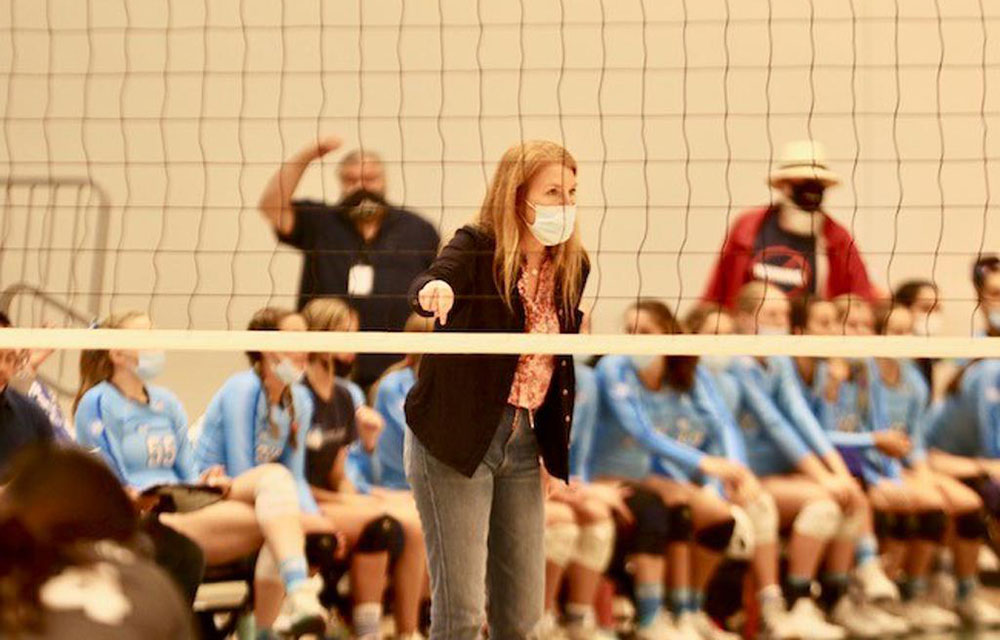 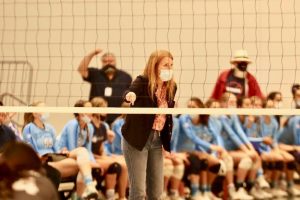 PrepVolleyball.com is proud to announce this season’s National High School Coach of the year! After much consideration, we were down to our three deserving finalists: Dorman High’s coach Paula Kirkland, McCutcheon’s coach Sara Sutter, and Marymount’s coach Cari Klein. Deciding between the three was no small task. All have had fantastic seasons filled with inspiration, motivation, and success. However, there could be only one…

We want to congratulate our winner, coach Cari Klein, the 2021 National High School Coach of the Year!

Marymount’s fearless leader guided the Sailors to an undefeated 35-0 season and won the CIF Open Division state title, taking on the top teams in the country and dropping just eight sets in the process. In fact, through 35 matches, they didn’t drop more than a single set in any of them, including the Durango Classic and the Nike TOC Southwest. She’s helped develop a culture within the Marymount program, that in turn, helped players reach their full potential. She’s developed DI caliber talent, but more she’s developed DI caliber people. 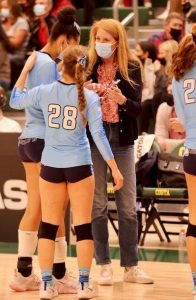 According to athletic director Liz Driscoll, Klein “strives to run a collegiate type program where students have to take on responsibility and earn their spot .. starting from freshman and progressing to senior year. The players are well prepared for college.” She also explained that Klein has high expectations of her players in every part of her program; athletically, academically, and outside of Volleyball. She is extremely knowledgeable about the game and pushes her players to be better than they think they can be. She continued, “Her competitiveness, intensity, and confidence are a huge part of why her system works. She instills confidence in her players and enables them to believe in themselves. Her players buy into that mentality and also believe they can be the best and win.”

Klein is also a director for Sunshine Volleyball Club, which has found success in recent seasons, including a USA Volleyball 17 Open National Championship, thanks in large part to her efforts. Sunshine leadership member and parent to a former player, Lou Ann Selsky, “It goes without saying that Cari is an outstanding volleyball coach, but she goes beyond just coaching. She instills qualities in these girls for life. When you play for Cari, you believe you can do anything on and off the court and that hard work pays off. When you play for Cari, you have a friend for life. She helps them through college, marriage, babies, and personal challenges. When you play for Cari, YOU ARE VERY LUCKY.” 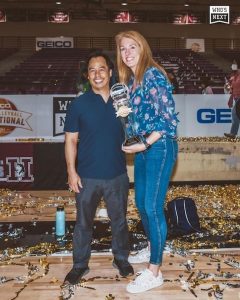 Her players can confirm that she goes above and beyond the duty of ‘just a volleyball coach.’ Below are a few testimonials from a few of the top recruits in the nation who were coached by Cari Klein.

“Cari is more than just a coach. She’s one of the best coaches on the volleyball court, but as soon as we step off… She’s a statistics mathematician, a team chemistry scientist, a mom who shows up with breakfast for us every 5 am practice, and she’s someone to turn to for every one of her players. To say she’s an incredible coach is an understatement because she couldn’t give more to us and the team.”

“Cari is unlike any other coach I’ve come across. She instills discipline and hard work, but the minute practice ends, she’s back to being a second mom. She cares so deeply for every single player she coaches and truly wants the best for us. Her passion for the sport of volleyball is unmatched, and that is reflected in all of her players. She always puts her team first, giving us 110% of her time, effort, and dedication. Cari is so special and has impacted my life in more ways than I can express. I’m very grateful and so lucky to have been her player. “

One quote that she always says is that “even when you think you are tired, you are not.” She always pushes her players to be the best versions of themselves, so this quote, I think, embodies that. She has had an enormous impact on many girls’ lives through Marymount and Sunshine. Particularly through my volleyball career thus far, Cari has always been able to focus on what I can accomplish and make sure I practice enough and work hard enough to reach that potential.

Marymount coach Cari Klein wears many hats, and that collection now includes a crown, as she will go down as PrepVolleyball.com royalty. Congratulations again to our 2021 National High School Coach of the Year! 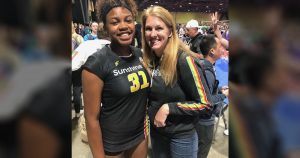 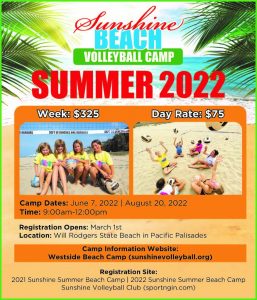 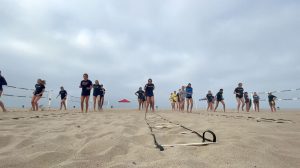