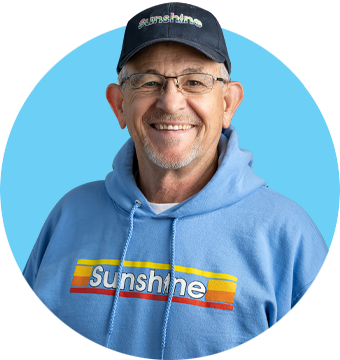 Develop 2 USA Olympians, over 40 of his former players go on to play in college!

Jeff has coached at the college, Eastern Kentucky University, and the high school levels. At Brentwood High School (1979=2016) his coaching focus was with girls’ volleyball for 37 seasons. During his time as the Girls’ Varsity coach the team won 27 league titles, 10 CIF-SS Championships, and two California State Championships. His 10 CIF-SS titles place him at #2, all time, in CIF-SS girls’ volleyball. He also coached boys’ volleyball at Brentwood, off and on, for a total of 18 seasons.

As coaching is essentially teaching, Jeff’s coaching philosophy is TEACH the game. The players need to know not only HOW to play but also, WHY we play the way we do. Winning isn’t everything, but players need to be taught how to win and understand that is the goal.

Jeff loves teaching/coaching; helping the kids set goals and then witnessing them attain those goals.

Along with his contributions to volleyball, Jeff is very proud of his three daughters (all volleyball players) and his three grandchildren. Over his 43 years of coaching, Jeff has helped develop 2 USA Olympians and has seen over 40 of his former players go on to play in college.

“Luck is what happens when preparation
meets opportunity.
— Darrel Royal“

“You control your own wins and losses.”
– Maria Sharapova