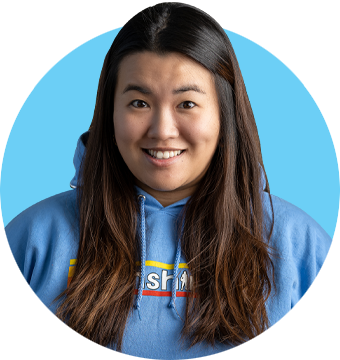 The keys to success are withing the importance of teaching fundamental foundations, a well-rounded mindset, and effective communication.

Irene Chou played on two CIF Championship teams while attending Glen A Wilson high School, Volleyball D3 in 2007 and Badminton DI in 2009. At Rio Hondo College she played on both the indoor and beach volleyball teams. She was a bronze medalist twice at the USAV Adult Nationals in 2015 and 2016.

As a coach, Irene believes the keys to success are withing the importance of teaching fundamental foundations, a well-rounded mindset, and effective communication. Her aim is to train the girls to become great student athletes as they continue their pursuit of higher education and competitive athletic careers. The process of learning is far more important than just focusing on the results. The sport of volleyball is both physical and mental. Players are expected to take care of themselves both physically and mentally in preparation for higher competition. A healthy mindset is as important as a healthy body.

She truly enjoys coaching because she gets to work with people and young athletes that share her same passion and that it is rewarding to see young athletes grow into independent and successful individuals. The relationships and mentorships developed along the way last a lifetime.

Irene loves when her alumnae players come back to visit and share their experience with her and her current players.

“Volleyball is life;
everything else is details.“