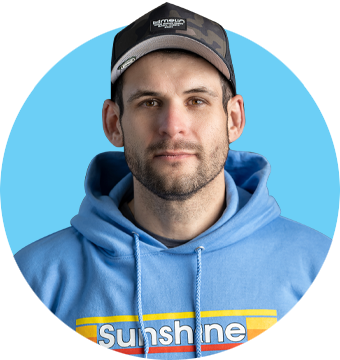 Teach the sport of volleyball through mindful execution and understanding of its processes.

Drew Burdette played on the inaugural men’s volleyball team at Pfeiffer University in Misenheimer, North Carolina; he was the first scholarship recruit for the program.

He began his coaching career after transferring to the University of South Carolina, where he graduated in 2013 with a BS in Sports and Entertainment Management. While still an undergrad he served as a volunteer assistant coach at the U of SC. After graduation Drew coached for the Coast Volleyball Club in San Diego from 2013-2017. He assisted the Coast 18-2 squad win the SCVA Vegas Classic Club Division title. He also served as head coach at La Jolla High School (2014-2016) and the assistant coach at Santa Fe Christion School (2016-2017). Drew was the volunteer assistant coach of the Women of Troy for the 2017-2018 season. He began coaching for the Sunshine Volleyball Club in 2017.

His coaching philosophy is to teach the sport of volleyball through mindful execution and understanding of its processes. He wants to help his players achieve their goals.

Drew loves that the sport is ever changing and evolving and that it allows him the opportunity to work with athletes to accomplish common goals or find solutions to their challenges.

“Without your downs, without your hardships…
I don’t think you appreciate the ups as much.“

“You make your own luck.
You make it in training.”
– Simone Biles