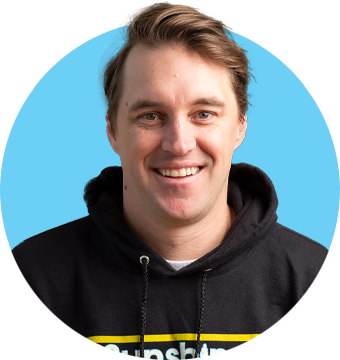 It’s the process not the result that is important.

From 1998-2004 Buck Lindelof played for the Santa Barbara Volleyball Club, coached by Olympic gold medalist, Todd Rodgers. Buck was the team captain in 2004 when they went to the Junior Olympics in Austin, Texas. He played for Santa Barbara High School (2001-2004), first on the JV and then moving to the varsity for his junior and senior seasons. As the team captain and setter his senior year, he led the team to an undefeated season in the Channel League. They lost in the finals of the CIF championship. Buck was named MVP for the league, Best Volleyball Athlete in Santa Barbara County, and was selected to the CIFs 1st team. After high school he took a break from volleyball to focus on his other passion; he obtained his BA in Film Production from USC.

He returned to volleyball in 2008 as the assistant varsity coach at Webb High School in Claremont, CA. After moving to Nashville, TN in 2010, Buck coached at the Alliance Volleyball Club for one season. Upon his return to California, he coached at the Reef Volleyball Club from 2015-2020. In 2019 the 12s team had their best club finish, with a 17th in SCVA (Southern California Volleyball Association). The following year the 13s repeated with the best finish for any 13s team in club history.

Beginning in 2016 he took on the coaching duties at the Oaks Christian Middle School volleyball program with his wife, Katie, and they have won multiple league championships. Buck coached at the Sports Academy Volleyball Club in 2021. The 14s-1 team finished 13th in the Premier Volleyball League (PVL) and had a top 5 finish in Premier. They also finished fifth in the Patriot division at the Junior Olympics. This is his first season coaching for the Sunshine Volleyball Club.

His coaching philosophy is simple – it’s the process not the result that is important. If the focus is on the result, it becomes impossible to be your ultimate best. But with the focus on the process, the results will follow and usually at a faster pace.

Buck loves to watch the transformation of a team, the progression from one day to the next throughout the entire year.

He and Katie live in Agoura Hills with their three children. Caroline, four years-old, plays for the Sunshine Peewees. A highlight of 2021 was winning an adult beach volleyball tournament with his 14-year-old daughter; she is a member of the Sunshine 15s (Westside). He’s thrilled that his family shares his passion for volleyball.

“If you care about the people you work with, then you work harder.“